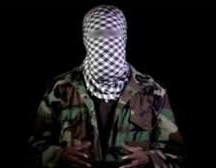 New reports have come out this morning about heightened alerts of terror attacks in the United States in response to a new threat by an Al Qaeda linked group. A video has surfaced where a leader of Al Shabaab, is calling for attacks on shopping malls in the United States, Canada, and Great Britain. This is the same group that was responsible for an attack on a shopping mall in Kenya where 67 people were killed. Witnesses said that gunmen in the Kenyan mall would ask the hostages questions to determine whether or not they were Christians. If the hostages were Christians and would not denounce their faith, they were killed. This type of persecution is typical for Christians living in the last days. When Jesus’ disciples asked Him for signs of His Second Coming, He told them that the persecution of Christians would be one evidence that His return was soon coming. He said in Matthew 24:9, “Then they will deliver you to tribulation, and will kill you, and you will be hated by all nations because of My name.” He said in the next verse, “At that time many will fall away and will betray one another and hate one another.” I think it is clear that as the return of Christ draws closer, it will not be popular to be a Christian and standing for Christ will be costly. There will be many church attenders and “religious” people who deny faith in Christ in response to this persecution.

Mark 13:32-33  says, “But of that day or hour no one knows, not even the angels in heaven, nor the Son, but the Father alone. Take heed, keep on the alert; for you do not know when the appointed time will come.” While Jesus said we do not know the day or hour of His return, He also told us to keep alert and to take heed. He is basically saying, “I have told you the signs that will come before My return so watch the news and read the papers. Be aware of what is going on and ready for My return.” While we do not know the exact date of Christ’s return, and it could still be some years off in the future, there are signs happening all around us that reveal His return could certainly be soon. Let’s pray for our Christian brothers and sisters who are being persecuted all over the earth. Let’s spread the good news of the gospel. Our days may indeed be short and Christ’s return could very well be soon.

Prayer for our Leaders

Is it the Forerunner of the Mark of the Beast?