I enjoyed speaking and singing at Wall Highway Baptist Church in Madison, Alabama this past weekend. It was great to meet some new people and have an opportunity to talk about preparing to stand firm in the days leading up to the return of Christ. For those of you who were there, you know that we had a time of questions and answers with the questions being sent in by text. I answered a few questions on Sunday, but I would like to answer all of the questions that were submitted. I’ll answer a few today and finish up tomorrow. 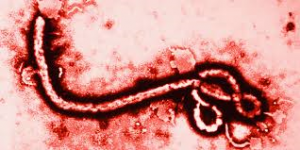 The first question related to whether or not I thought Ebola and enteroviruses are end-time plagues. The Bible does talk about plagues during the last days. Consider the words of Luke 21:11, “There will be great earthquakes, and in various places plagues and famines…” It will always be easier to look back at events and see them as fulfillment of prophecy than to recognize it is a fulfillment as it is happening. At the same time, Jesus told us to be alert and watchful for the fulfillment of signs. I do believe that the increase of diseases and plagues is a fulfillment of prophecy. It is possible that a number of years from now when there are much greater plagues going on than Ebola, this current situation will not feel like a fulfillment of prophecy. It could be the “beginning of birth pains” (Matthew 24:8) with a growing intensity of plagues hitting us in the years ahead. It is also true that plagues have been a part of life from the beginning. I’m sure that when people were dying by the thousands from the plague known as Black Death in the 14th century, people could have easily thought it was a fulfillment of Bible prophecy. Actually, it is estimated that around 75 million people died throughout the world from the plague. It is difficult for us to say with certainty that Ebola is the fulfillment of Bible prophecy, but I think we can say that if Christ’s return is to be in our lifetime, it is the beginning of birth pains. There is also another angle to be considered. Daniel prophesied that in the last days, a one-world government would be formed. I believe we will continue to see things happening in our world that will draw our nations together to form a dependence on one another. There will be a growing sense of unity and need for one another to solve our problems. It will make a global unification much more palatable to a world that once was consumed with nationalism.

The second question was about the blood moons. If you are not familiar with this topic, NASA has reported that there would be four lunar

eclipses over a period of 15 months. These eclipses would make the moon appear to be red, like blood. These blood moons are taking place during Jewish holidays. Acts 2:20 quotes the prophet Joel predicting such a lunar eclipse in the last days before Christ’s Second Coming: “The sun will be turned to darkness and the moon to blood before the coming of the great and glorious day of the Lord.” I believe John Hagee is a little off with his comments whereby he said that the blood moons are a sign that God is about to do something significant in Israel. He points to the 4 blood moons (tetrad) that happened in the 15th century as a sign for Israel, and there was a great persecution of the Jews in Spain in 1492. He said the next one highlighted Israel becoming a nation in 1948, and then the next tetrad was to highlight the Six-Day war in 1967. The only problem with this position is that the Four blood moon tetrad happened in 1493 and 1949 (a year after these events happened in Israel’s history). The four blood moon tetrad did coincide with the Six-Day war in 1967. In his video presentation about this topic, Hagee predicted the four blood moons in 2014 and 2015 point to the Battle of Gog and Magog of Ezekiel 38-39. I would say that the blood moons are unusual and God may be using them as a sign, but I would be careful. If it were to be a sign, it seems like the tetrad would have happened before the event. Ezekiel 38-39 also indicates a few things will need to happen before this predicted war (Gog and Magog). For example, verse 8 of Ezek 38 says that Israel will be living securely at the time of this invasion. Since 1948, Israel’s borders have not been secure. It will take some time for this to happen. I believe we are seeing the beginning of it happening now, but Israel’s enemies (Hamas, Hezbollah, Iran, Syria, etc.) will have to be minimized before this great battle will take place. It is difficult for me to see that happening in the next few months, though I am aware that it could happen. I do not have a problem with saying these blood moons could be a prophetic sign, but I do not believe we can say so with certainty.  I say that also because there were four other four blood moons before 1492 that did not seem to have anything to do with Israel. Most people believe Israel will do something to protect themselves against Iran, and there is no doubt that this could lead to the fulfillment of Ezekiel 38-39 at some point in the future. I think we will also see the prophecy of Isaiah 17 (the destruction of Damascus) coming to pass in response to some of this unrest. Let’s be firm about what the Scripture does say, but let’s not jump into speculation and make it appear to be confident truth.

Cashless Society and the Last Days