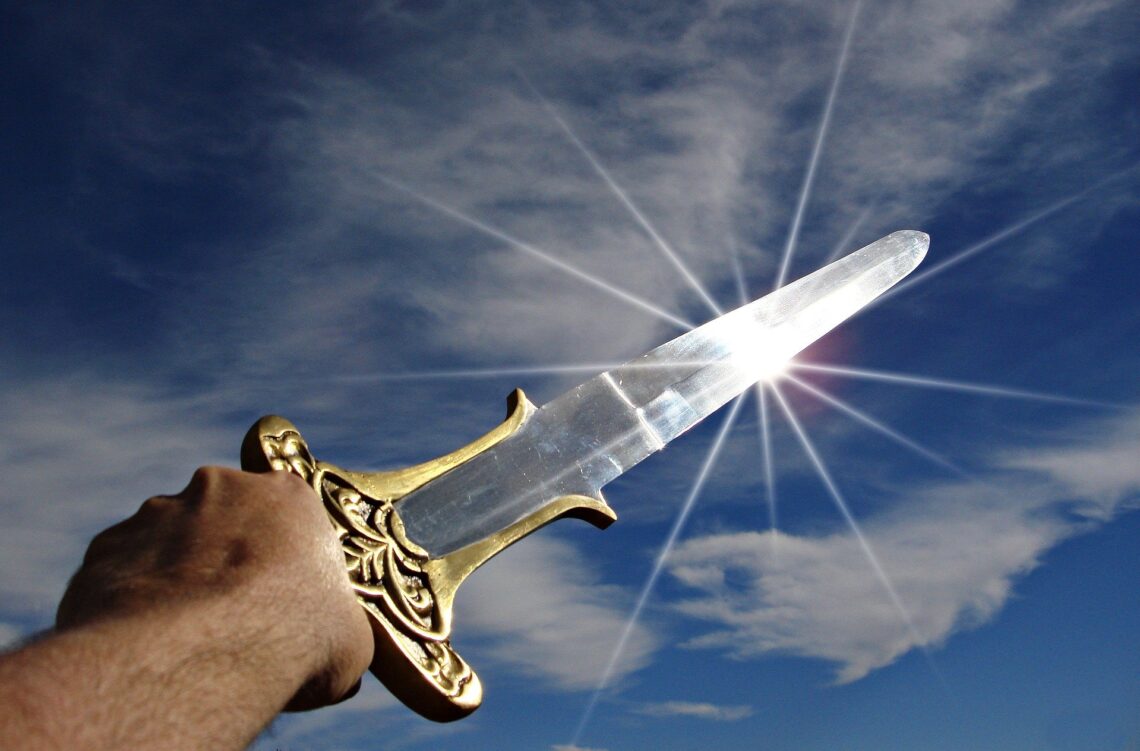 I spent most of last week at a wonderful writers’ conference at Ridgecrest, NC, but it left me needing a nine-day week to get everything ready for the weekend. This meant I had to spend extra time in my study on Friday night. I decided to leave the church building around nine o’clock, but the alarm wouldn’t set. I tried clearing it several times, but it continued to tell me there was movement in the auditorium. There couldn’t be movement in the auditorium because I was the only person in the building. Or was I?

A lot of thoughts raced through my mind. Should I call the police? Maybe I should just leave and not set the alarm. Finally, I decided I needed to man up and go into the auditorium and check things out.

We are in the midst of a construction project in my church, so we have a lot of equipment and new furniture stored behind “the curtain,” which defines our backstage area. The thought crossed my mind that if a man was in the building, he could easily hide behind the curtain.

Of course, the lights were out in the auditorium as I eased down the side wall toward the main switch. I wondered for the hundredth time why the switch wasn’t in the back near the door. I reached the switch and turned on the lights, but these lights take several seconds to reach one hundred percent brightness. I continued moving behind the curtains as the room transitioned from blackness to being fully lit. That’s when I saw him.

Straight in front of me, I saw the man in the haze. I recognized immediately he was bigger than me. I knew I was in trouble. I was so stunned I nearly dropped my phone.

When the lights came on fully, I discovered I was looking at a drum shield leaning against a counter, and the man I saw was my reflection. You’ve got it. The enemy was me.

Have you ever discovered that you are your own worse enemy? You’re determined to lose weight and then you accept your free piece of pie at O’Charley’s on free-pie-Wednesday. You decide to read through the Bible in a year, and after the third week of your commitment, you’re twenty-seven chapters behind.

How do you defeat the enemy—even if it’s you? I’d like to share a few suggestions over the next few blogs. Here’s the first one: Team up.

God never intended us to face any enemy alone, even if it’s ourselves. The writer of Ecclesiastes said, “Two are better than one because they have a good return for their labor” (4:9). In your case, the “labor” may be conquering a bad habit or beginning a new good one. You need a teammate to encourage you and to hold you accountable. The teammate can be your spouse, your sibling, or your best friend. Victory in battle is too important to face the enemy alone. Who can you invite to join you on your journey to personal victory?