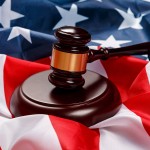 If you had told me thirty years ago that our Supreme Court would be contemplating passing a law requiring Americans to disregard the Word of God, I probably would not have believed you. I would have thought that our leaders, who are given the responsibility of “interpreting the Constitution and federal law and exercising judicial review to ensure state and federal statutes and policies that come before the Court comply with constitutional principles” (answers.com), would never create a law that stands in contradiction to our revered Constitution. I am afraid, however, that this may happen before the week is over.

Newsweek Magazine reported yesterday, “Many legal experts predict the court will legalize gay marriage nationwide by finding that the U.S. Constitution’s guarantees of equal treatment under the law and due process prohibit states from banning same-sex nuptials.” If the court does legalize gay marriage, this will be the first time a law is passed that blatantly stands against the Bible. Roe vs. Wade certainly came close to such disregard of Scripture, but this issue puts the United States squarely in the camp of having no regard for God’s Truth

If this law passes, Christians will be told that they cannot act upon their belief that the Bible teaches marriage is to be between a man and a woman and that sexual acts between two people of the same sex is considered to be sin. I am burdened about this issue from several perspectives. The number one perspective is that our governing bodies will be legalizing immorality. This is dangerous ground for any nation. God says, “Blessed is the nation whose God is the LORD” (Psalm 33:12). The Lord Jehovah cannot be the God of a nation who passes laws that stand so clearly against the teaching of the Bible. If America is not blessed, then we are cursed. God help us.

If gay marriage is legalized, I also have a problem in that my Constitutional rights are violated. I have the right to free speech and the free exercise of my religious beliefs. This right will be infringed upon because it will become illegal for me to speak about my beliefs that homosexuality is a sin. Before you decide to attack me by saying I am a “homophobe,” I am not. I believe homosexuality is a sin just like any other sin. Have I lost my right to believe the Bible? God calls us to forsake sin and follow him. God loves the homosexual, just like He loves anyone else. Just like I would urge someone committing adultery to flee their sin and follow Jesus, I would do the same with someone practicing homosexuality. As an American, it is my right to have this belief. I am amazed at how liberals in our country label me as being intolerant while they are intolerant of me and my belief in the Bible. If gay marriage is legalized, this means America has indeed become a nation without a Constitution. God help us.