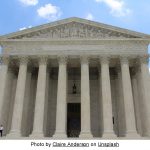 I’m very disturbed. Last Thursday I watched part of the Judge Kavanaugh/Dr. Christine Ford hearing, and the more I watched, the angrier and more discouraged I became. Over the last few years, I’ve watched the soul of America unraveling, and I’m concerned that we’re getting close to the point of no return. Regardless of your political persuasion, I hope that you share my concern. This concern is not as much about Kavanaugh, Ford, Trump, or Feinstein as it is about the not so slow deterioration of honesty, virtue, righteousness, and integrity. The fact that in order to confirm or not confirm a Supreme Court justice we have to stoop to such shameful measures and tactics is truly a disgrace to the nation and offers a peek into the rotting condition of our national soul. We have come to a place where ideology is more important than truth and the means seem totally justified regardless of the end, as long as the end supports one’s political or philosophical purposes.

Here’s an opinion statement: I don’t think the uproar over Kavanaugh is as much about the judge or even the position as it is about philosophy or even theology. Politicians on all sides have agendas, and it seems that people are willing to go to any extreme to accomplish those agendas. If there is something deeply wrong with Kavanaugh’s character, then he needs to be disqualified. If not, then he needs to be confirmed. I personally think the battle is mainly over issues like abortion and same-sex marriages. I do not believe that abortion or same-sex marriage are political issues. They are spiritual issues. I don’t know Kavanaugh and therefore I don’t know if he is a Christian. However, I feel as if a great spiritual battle between the heavenlies is being waged before our eyes. Over the years, we have passed some laws that blatantly contradict the teaching of Scripture. Whether Kavanaugh should be on the court or not is to be seen, but I think the real battle is for the soul of America.

I don’t see myself as a Democrat or Republican. I vote for the person who best represents the truth of God’s Word. I agree strongly with Proverbs 14:34, “Righteousness exalts a nation, but sin is a disgrace for any people.” Because righteousness is defined by laws, and the Supreme Court is the final law of our land, we should not be surprised to see the intensity of the battle for who will control this court. Because unrighteousness destroys a nation, I believe the hosts of hell are lined up trying to figure out how to lead our country farther away from the truth upon which this country was built. If you believe the Word of God, then I encourage you to pray for our political leaders that they will pass laws and our judicial leaders that they will uphold laws and the Constitution in such a way that we as a people are walking in righteousness. This means we should pray for God’s intervention and leadership, and we should vote to put people in office who will help us to be a righteous people. We have a lot at stake. If we slide far enough down the slippery slope of unrighteousness and disobedience, it will be very difficult for us to come back.