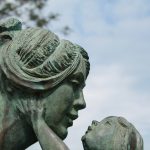 “A Day Without a Woman” – Women’s rights groups organized a march on Washington today to celebrate International Women’s Day, and they encouraged women to stand together against inequality and injustice against women. They marched against President Trump and “the decades long economic inequality, racial and sexual violence, and imperial wars abroad.” The organizers asked women to take off work, avoid shopping, and basically not do the things they would normally do in a day. Thrown into the mix of all of the platforms of the movement was the platform of “reproductive justice,” which basically is a call for the right to kill unborn children at any point during pregnancy. The International Women’s Strike group included this statement on their website: “We demand free abortion without conditions.” Without conditions includes abortion at full-term just before birth, partial birth abortion, convenience abortion at any point during the pregnancy, and any other form of abortion the woman wishes to have without consideration of the baby’s rights. What about reproductive justice for the unborn?

I must hasten to say that I believe if a woman is doing the same job as a man, she should be paid the same, and women should be respected and regarded highly at all levels. In my opinion, this focus today had nothing to do with honoring women. It had everything to do with hatred of President Trump, pride, arrogance, self-servitude and self-aggrandizement. These attitudes are a total 180 from what the Bible teaches about love, servanthood and humility. Organizers of the event referred to themselves as an “army of love,” but I only see hatred (toward President Trump and maybe all men in general).

The only way our country will find healing during this terrible time of upheaval is if we will apply the golden rule (Do unto others what you want them to do unto you) and the Great Commandment (Love your neighbor as yourself). Marching with an agenda of hatred, acting with a motive of malevolence, or speaking with a goal of besmirching political leaders does not honor God and does not make for a strong Republic.

I would like to encourage a day that we would not call “A Day Without a Woman,” but maybe “A Day for a Woman.” Let’s serve the ladies in our lives and give them the respect that they deserve. Let’s thank God for the wonderful gift of women in our lives. If you’re a woman, it is my hope that you are appalled at what transpired today and would recommit yourself to the attributes and character qualities that best represent Jesus Christ. Then let’s have “A Day for Unity” where people of both sexes and all ethnicities stand together as Americans – not white Americans, black Americans, male or female Americans, Mexican-Americans – just Americans. Maybe we could follow that up with “A Day for Jesus” where all Christians share the wonderful stories of how Jesus Christ has changed our lives.

It’s time to come together. Psalm 133:1 says, “How good and pleasant it is when God’s people live together in unity!” Let’s all recommit ourselves to community and love. Let’s look around today to see who we can out serve. Focus on giving instead of receiving. Think of serving others instead of reclaiming our rights. That would be a real day worth celebrating.