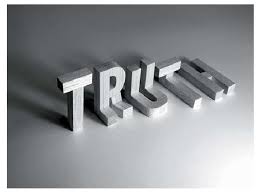 I recently shared some thoughts on Facebook and enjoyed various comments made by my friends. I thought I would carry the discussion on absolute truth over to my blog. Here’s some additional thoughts in response to some of the discussion.

Homophobia is not my problem. Sinophobia is. I am afraid of what sin can do in me, in you, in our culture, and in our world. I’ve seen it at work in my life for 52 years, and I see it unleashed in our culture. It is destroying us. One problem is our tendency to ignore sin in our lives. I’ve done it with the best of them. One way we try to ignore it is to justify our actions, ignore our actions or redefine our actions. We justify our actions often times by comparing ourselves to other people. I can always find someone worse than me; therefore, my sin doesn’t look so bad. The problem is that other people are not the standard – God is. Our culture is working to justify actions through talk or predispositions. Some scientists and media personnel are determined to justify an action that is contrary to the Bible by trying to show that a predisposition to a sinful lifestyle is pre-determined by an inborn quality. To say someone has a female brain in a male body justifies homosexual behavior. To say someone is naturally oversexed justifies a promiscuous lifestyle or an addiction to pornography. First of all, there has been no real evidence that someone is born with a predisposition toward homosexuality. The fact is; however, we are all born with a predisposition to sin. Homosexuality is not the only issue. Sin is the issue. The problem is that we do not want to call it sin. If we call our actions sinful, there must be a standard of righteousness. If sin exists, God must exist. If God exists, then we are accountable for our sins. It is easier for me to justify my behavior, whatever kind of sinful behavior that might be, than to be accountable for it.

I will hasten to say that Christians feel much better talking about someone else’s’ sinful behavior than their own. It feels more comfortable being critical of homosexuality while ignoring lust. The fact is that sin is sin. Jesus had to die for all of sin. I am grateful that God loves the sinner and meets us where we are, but if we are going to deal with our sin, we must first acknowledge that we are sinners. To acknowledge sin means that we must recognize a standard of moral truth. Is truth relative or absolute? Can something be wrong for me but not wrong for you?

There is a such thing as cultural truth. Cultural or geographical truth can be relative. For example, if you live in Great Britain, it is against the law for you to drive down the right side of the street. You are required to drive on the left. In the U.S., we are required to drive on the right. Obviously location is going to determine right and wrong in regard to that particular traffic law. I do believe there are some cultural issues addressed in the Bible, and for that matter, there are some cultural issues not addressed in the Bible. For example, God did not address the morality of slavery in the Bible. Though the practice of slavery was different in the N.T. times than it was in the 19th century, God doesn’t really address the moral issue of right and wrong regarding owning slaves. I have wondered if polygamy in the Old Testament fell into this category. Was it a cultural truth that was descriptive for that time but not prescriptive for all of time? There were more women in that culture than men. Is it possible that God allowed it as a means of taking care of women, but it was not His ideal? We do know that there were some cultural truths related to certain laws. The N.T. helps us to understand that there were some cultural laws that related to just the Jewish people in the O.T. that did not apply to N.T. believers. Peter had been taught not to eat unclean animals, but he then had a dream saying that all things were clean. Circumcision was required for Jewish males, but the N.T. makes it clear that it is not a law for every culture.

When I speak of absolute truth, I’m not talking about cultural issues but rather moral issues. Mistreating people is wrong for all people for all of time. Mistreating others is never justified. This is a moral absolute. In a recent Facebook note, I shared a statement about a transgender youth. Sadly, some people responded to her YouTube post with venom and hatred – even to the point where someone said they wanted to kill this youth. That is ridiculous and inexcusable. It is an absolute truth that mistreating people is always wrong. The Bible speaks to many moral truths, and the Bible sets a standard for absolute truth. Does this mean that Christians always have the right attitude about people and sin? No. Do Christians always act in a Christ-honoring way? Absolutely not! Just because a Christian acts ungodly does not mean that it is okay to ignore absolute truth. For that matter, just because a Christian acts wrongly toward you does not justify putting all Christians in the same category or dropping out of church or ignoring the teaching of the Bible. It’s funny that church is one of the few things in society we apply those standards to. For example, I’ve been treated badly at Walmart before by employees and customers. I still go to Walmart. When that happened, I acknowledged that a Walmart employee had a problem or a customer I confronted had issues (or maybe even I had issues), but I didn’t stop going to Walmart. Just because a Christian acts ungodly, I cannot write off the truth of God’s Word. The fact is a Christian’s misbehavior does not cause Romans 6:23 to be any less true for me or you: “The wages of sin is death, but the gift of God is eternal life through Jesus Christ our Lord.”

The real issue here has to do with whether or not moral truth is absolute. Regardless of what our culture says, I say that it is. I’ll share some more on this later, but in the meantime, what are your thoughts?

Our Pledge of Allegiance Under Attack - Again