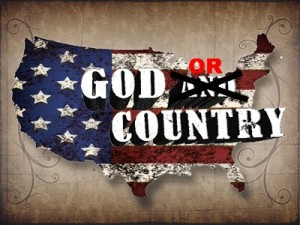 In Grayson, Kentucky this week, the recent legalization of same-sex unions was challenged by county clerk Kim Davis. Because Mrs. Davis refused to sign a marriage license of a same-sex couple, she was forced to spend six days in jail. She was released today, but the story is far from over. Mrs. Davis became a Christian four and a half years ago, and Christ changed her life. Because of her commitment to Jesus, she could not agree to have her name on a document legalizing immorality. I am sad to say, but this is simply the beginning of very dark days in our country. I say that because for the first time in the history of our nation, our high court has enforced a new law that stands in stark contrast to the truth of the Bible. This is putting Bible-believing Christians in a difficult spot: obey God or obey the law. I suppose it should not be considered difficult at all for Christians. I would hope that there is never a doubt as to whom we will obey. We have known for some time that Christianity has been under attack in our nation, but today, this attack has become more apparent. We should not be surprised at this infringement upon Mrs. Davis’ constitutional rights nor should we be surprised by future persecution Christians will encounter.

Jesus said in John 15:18-19, “If the world hates you, you know that it has hated Me before it hated you. If you were of the world, the world would love its own; but because you are not of the world, but I chose you out of the world, because of this the world hates you.” Those are strong words from our Savior. Have you ever considered being hated by the world? While I do not think my unbelieving neighbor hates me, I do believe proponents of our world system have a seething, burning antagonism toward Christianity. The god of this world is working to stir up world opinion against Christianity, which will ultimately lead to great persecution of the Church. Will you stand for what you believe regardless of the consequences? What if you were Mrs. Davis? Would you sign the marriage license? When I was a child, the theme was always God and country. I am sad to see that it is now God or country.