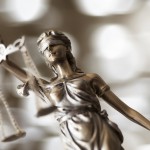 I would like to share a few thoughts in response to comments I’ve had related to my last post. Before reading this, would you consider this question? Is it possible to disagree with what someone does without hating that person? If you have children, then you have no alternative but to say “yes, it’s possible.” I disagree with homosexuality and same-sex unions, but that does not mean that I hate the homosexual. God disagrees with my sin, but that does not mean that He hates me. I’m grateful for that.

I just watched an interview with Kim Davis, county clerk from Grayson Kentucky. You may remember that Mrs. Davis refused to sign marriage licenses for same-sex unions and was put in jail for six days. The problem this clerk faced was that the new law legalizing same-sex unions means that gay couples have to get a marriage license. In Kentucky, the law requires the name of the county clerk to be on the bottom of the document. Even if someone else issues the license, her name would still be on the document. She started asking for her name to be removed from the document this past January, but no one would accommodate her request. It seems that Mrs. Davis had three options. Option #1: She could grant the marriage licenses to same-sex couples with her name on the license thereby disregarding her conviction that the Bible teaches homosexuality is a sin. Option #2: Refuse to grant a license to same-sex couples. Option #3: Resign her position as county clerk. The option of having someone else give the licenses does not remove her name from the document, therefore, Mrs. Davis feels that she is condoning sin and disregarding the Bible.

I don’t know Kim Davis, and I don’t know every detail about this particular issue. While there are several issues to be considered, one question has to do with what should a Christian do if the U.S. government passes a law that stands contrary to the Bible. Should we obey the law? While the law regarding same-sex unions does not personally affect most people, it does affect Kim Davis. It will also affect many other businesses and ministers who are involved with weddings. Just ask the owners of Masterpiece Cakeshop in Lakewood, Colorado. They were sued because they declined the business of a gay couple because the shop owners said it conflicted with their religious beliefs. Masterpiece Cakeshop lost the lawsuit.

I have a problem on at least two levels. I obviously disagree with redefining the word marriage to include same-sex unions. That would be like us passing a law saying that a dog is a horse. Here are two additional things to be considered. First, requiring Christians to act contrary to their religious convictions stands in contrast to the first amendment to our Constitution: “Congress shall make no law respecting an establishment of religion, or prohibiting the free exercise thereof….” Do you think requiring a Christian to disobey the Bible is prohibiting the free exercise of Christianity? Do you think that causing a Christian to have to resign from her job in order to keep from compromising her faith is prohibiting the free exercise of Christianity? If Mrs. Davis had taken her job after the law was passed, then there might be some argument against her position. I would not want my name on a marriage license for same-sex unions either. Would you? This is a Constitutional issue.

The second level is personal. While I am protected by the Constitution, I am not protected by our national laws (which I believe stand in contrast to our Constitution). As the law stands now, my church is required to allow a same-sex union to take place in our building. I could be sued if I do not accommodate the wishes of a same-sex couple who want me to be the officiating minister. Because I am not an employee of the courts, I assume I would not be put in jail for refusing to marry a same-sex couple, but I could be sued. Is this the kind of country our Founding Fathers envisioned? Do you really want our country to force churches and pastors to disobey the Bible or to condone biblical disobedience? What are U.S. citizens supposed to do when a law is passed that conflicts with their biblical convictions and moral consciences? I know the importance of law. What we have in this case is the conflict between two laws: God’s vs. U.S. I do not want to live in a country without laws. The question has to do with what is the basis of law. Because this blog is getting quite long, I will address this issue at another time.

I’m grateful that in the midst of all of this, God loves us regardless of which side we fall on. I am grateful that Jesus died for all of sin and offers everyone an opportunity for forgiveness and eternal life. To say that God hates homosexuals would be to ignore the Bible: “For God so loved the world…” If Christians hate homosexuals, this hatred is sin and does not honor God. At the same time, Christians are not to condone sin either. We obviously stand at a precarious crossroad.

What On Earth Am I Here For?