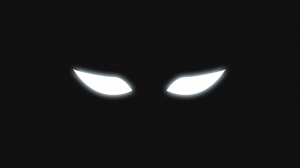 Something is terribly wrong! I recently read of an unbelievable crime that took place last week in Waukesha, Wisconsin. This crime did not happen downtown in a large city like Atlanta or Chicago. Waukesha is a small town with a population of less than 9,000 people. This was not gang related or even connected to drugs. The crime involved an attempted murder on a twelve-year-old girl by two of her friends. The victim was stabbed nineteen times by her friends as the perpetrators sought to impress a fictional, ghoulish character on the internet who appears in horror stories. Both suspects had a fascination with stories about death and horror and planned this assault on their friend in an attempt to act out their fantasy.

The Bible teaches that the last days will be a time of incredible lawlessness. 2 Thessalonians 2:3 says that this lawlessness must happen before the return of Christ: “Let no one in any way deceive you, for it will not come unless the apostasy comes first, and the man of lawlessness is revealed, the son of destruction.” While this passage is speaking specifically of a time called the Great Tribulation Period, we know that the days leading up to the beginning of this seven-year period will be times of great spiritual darkness. The “man of lawlessness” will be a chosen leader during the Tribulation Period, but I believe it also means that he will be alive and well before the Tribulation starts and before the Rapture of the Church takes place. I also believe that Satan is working to create an environment where the “man of lawlessness” will be accepted. This is happening now. The story of this attempted murder in Wisconsin sends chills down my back as it seems to be nothing less than demonic. Satan is working to lead people, and even children, to do the unthinkable. The darkness around us is growing as the stage is being set for a spiritual conflict unlike any conflict ever experienced in history.

I have no doubt that the last days are upon us. Jesus told us to be alert and to be on watch. He is coming again. Let’s be diligent and faithful as we await His return.