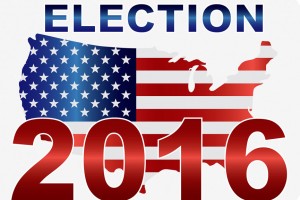 “I’ll make America great again.” We’ve heard that a lot over the last months of the presidential campaign from a number of candidates. I think we all realize the serious place we are in as a nation, and many of us believe that this election may be our last hope to turn around. I also believe that we all want America to be great again. There is a misnomer, however, in the midst of all of the campaign rhetoric. God is the only person who can make America great again. I fully believe that the reason America was great in the past is because America had a greater commitment to following God and His Word. We have now banned God from public places, He’s no longer welcome in our public school system, His Word is openly violated as our nation’s leaders have passed laws that diametrically oppose the teaching of Scripture, Christians are scorned, and God’s truth is belittled. Should we be surprised that America has lost her luster? The Bible is clear: “Blessed is the nation whose God is the Lord” (Psalm 33:12). I believe that many Americans are tired of political correctness and dishonest politicians. We long for a leader who is principle centered, tough against terrorism, and strong in the face of financial challenges. We will all be going to the polls soon to vote in primaries across our land and ultimately to elect a president. While a strong military is needed and a stable economy is essential, the Bible is clear about the source of a nation’s greatness: “Some trust in chariots and some in horses, but we trust in the name of the LORD our God” (Psalm 20:7).

We can listen to politicians as they try to convince us that they are the best candidate. I would encourage us to look at their message and consider their past positions. We need leaders who will not lead our nation away from the Lord. America is only great when we declare the greatness of Almighty God and surrender to His sovereign rule.

Someone Checked His Brain (and Morals) at the Door