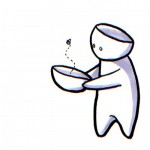 The third largest school district in the country has spoken. USA Today reported Tuesday that the “Chicago Public Schools said its students, teachers and staff could use whichever restroom matches their gender identity.” When I was a kid, gender identity had to do with anatomy. Today, gender identity is determined by how an individual feels at the moment. If a teenage boy decides that he is a girl, then he showers and changes clothes in the girls’ locker room. Really? Have people lost their minds? Is everyone okay with a man going into the girls’ locker room at the local gym and changing clothes? Can’t people see where this is going to lead? We have enough perverted and twisted human beings in our nation today doing the unspeakable. Why would we want to feed their perversion with ridiculous laws? Politicians in North Carolina took a stand against this absurdity by passing a law requiring transgender people to use the restroom that corresponds with the sex on their birth certificate. A representative from the Department of Justice has given North Carolina notice that they are in violation of the Civil Rights Act and will be required to face the consequences if they do not remedy the violation by Monday.

Four years ago, I began writing my book Immovable: Standing Firm in the Last Days, and I wrote of how our nation would continue its slide into the moral abyss. I stated, “While considering the national slide into immorality and the disdain with which people treat the truths of scripture, unrighteousness will be the new normal in a world heading toward Armageddon.” Although I addressed this move toward immorality, I am still stunned at the stupidity of our political leaders. You would have had a difficult time convincing me three or four years ago that our Federal Government would be threatening a state with consequences if they did not allow men to use the women’s locker room or women to shower with men after a morning workout at the local gym. This is simply an indication of the moral blindness of our secular culture. We should not be surprised by this. Second Corinthians 4:4 reminds us that “the god of this world has blinded the minds of the unbelieving.” This is the only explanation for the direction our nation is going. Many of our political leaders are blinded to truth and to the consequences of an immoral nation.

I believe that our nation is already under the judgment of God. As you read through the Old Testament, you see story after story of God bringing judgment on a nation or on an individual. While God would pass judgment, it would often take years for the people to realize that judgment had come. In 1 Samuel 15:23, God told King Saul, “He has also rejected you from being king.” Saul continued to serve as the King for another fifteen years before he was ultimately killed in battle. Whenever we stepped out from under God’s umbrella of protection and blessing by passing laws that removed prayer from school, made it legal to murder unborn babies, and sanctified marriage between two people of the same sex, we opened the door up to all manner of consequences. When immoral and self-absorbed people go to the polls, they elect people who continue their agenda of immorality. Scripture says, “Blessed is the nation whose God is the Lord.” The god of America is no longer the God of the Bible. We have become our own gods who simply live for our pleasure. God cannot bless the nation we have become.

Four years ago, I predicted that the 2016 presidential race would be won by a person who would continue leading us down a path toward immorality. I said that the new president would continue an anti-Semitic policy that would ultimately lead Israel to stand alone against Russia and a 5-nation coalition (Ezekiel 38-39). As badly as I want to see a strong conservative in the White House, the Bible says that society will continue a downward slide until Christ’s return. I would love to see a revival and a return to morality in our nation, however, I do not believe it is going to happen. I think that the church must learn how to stand firm against the “wiles of the devil.” We must realize that we are in a spiritual battle and do everything we can to share our faith with those who will listen. Put on your spiritual armor daily. Prepare to engage our culture with God’s truth and shine your light into a world that is growing increasingly dark. If you have not read Immovable: Standing Firm in the Last Days, I encourage you to read it. If you are unable to purchase it right now, contact me and I’ll send you a digital copy for free. I share important truths in this book that will help you prepare to stand firm in the days to come.

We know where all of this is leading, and it will eventually be glorious for followers of Christ. Do not lose heart. Keep your eyes on Jesus. Our redemption is drawing near.

How Do You Say Goodbye to your Mother?